Hit enter to search or ESC to close

How Inclusive Schools Really Are

When he was young and was a high school student, John Paul Braga had his notebooks thrown into the toilet more than once. John waited for his parents to leave the house to let the notebooks dry in the oven and —only after having them presentable— went to school. At that time, he was still struggling with his gender identity. The word “transgender” was not yet part of the dictionary of society. He thought he was gay. After transitioning, she picked Ana Paula as her name of choice.

In her student days, Brazilian trans teacher Syssa Monteiro was slapped in the face by her colleagues to “man up”. Leona Freitas, a trans educator from Congonhas, a historic city in Brazil, recalls felling uncomfortable in practically every situation when she was young and bitterly alone at school. She complains that she never had the support of her teachers when she had to go to gym classes. They simply ignored her.

”“More often we recall the bad things, right? Gym classes were traumatizing to me because lessons were divided by gender. The boys went on to play football, the girls played with dolls. And I was lost, with nowhere to go.”

Claudia Vasquez Haro, a Peruvian trans teacher at the National University of La Plata, in Argentina, remembers when she started going through puberty and decided to take hormones to look like a woman. “When someone starts to express his/her gender identity, it is like a volcano erupting and there is nothing, nor nobody, that can stop it.” Prejudice, sometimes bred by religious believes and society’s orthodox view on gender, led her to be expelled from school. 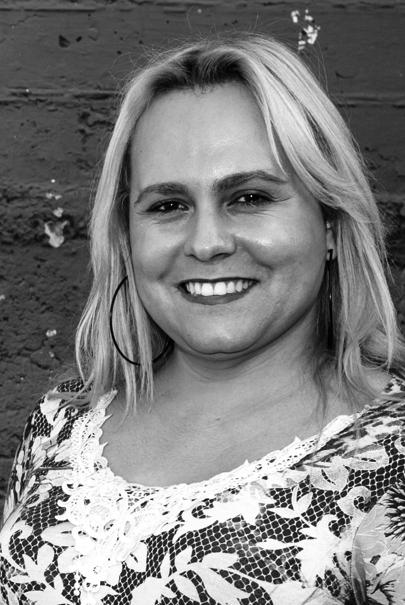 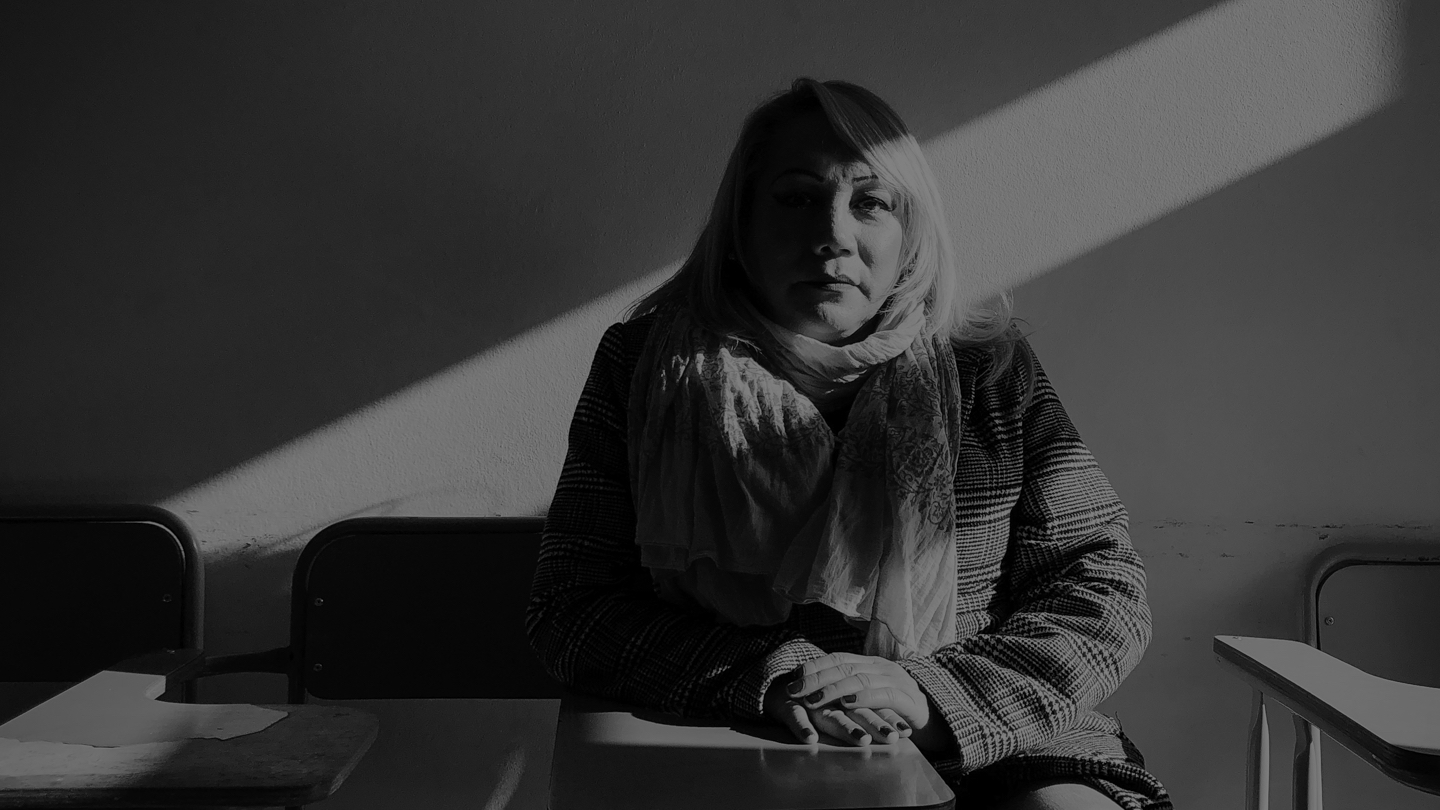 For many transgender boys and girls, school life is tough. Harassment, bullying, and physical and psychological violence against transgender children and adolescents are sadly common. Study after study shows that LGBT students are at greater risk of being abused in school. While there are no official figures on how many school-age people identify themselves as transgender, they are at the top of those statistics.

Regrettably, the positive obligation of schools to embrace sexual and cultural diversity is still an ideal far from being achieved. Vice President of the Brazilian Trans-Institute of Education, Sayonara Nogueira, says that inclusive education has simply forgotten to consider the minorities that are socially excluded. “We only remember the wheelchair users, the people with impaired sight.”

Transgender students felt insecure at school because of the way they express their gender.

Transgender students have been verbally harassed because of their gender identity.

Transgender students have been sexually assaulted at school.

Transgender students were frequent victims of sexual assault at school.

Transgender students said that the school didn’t take any action to improve safety and to avoid violence and bullying. 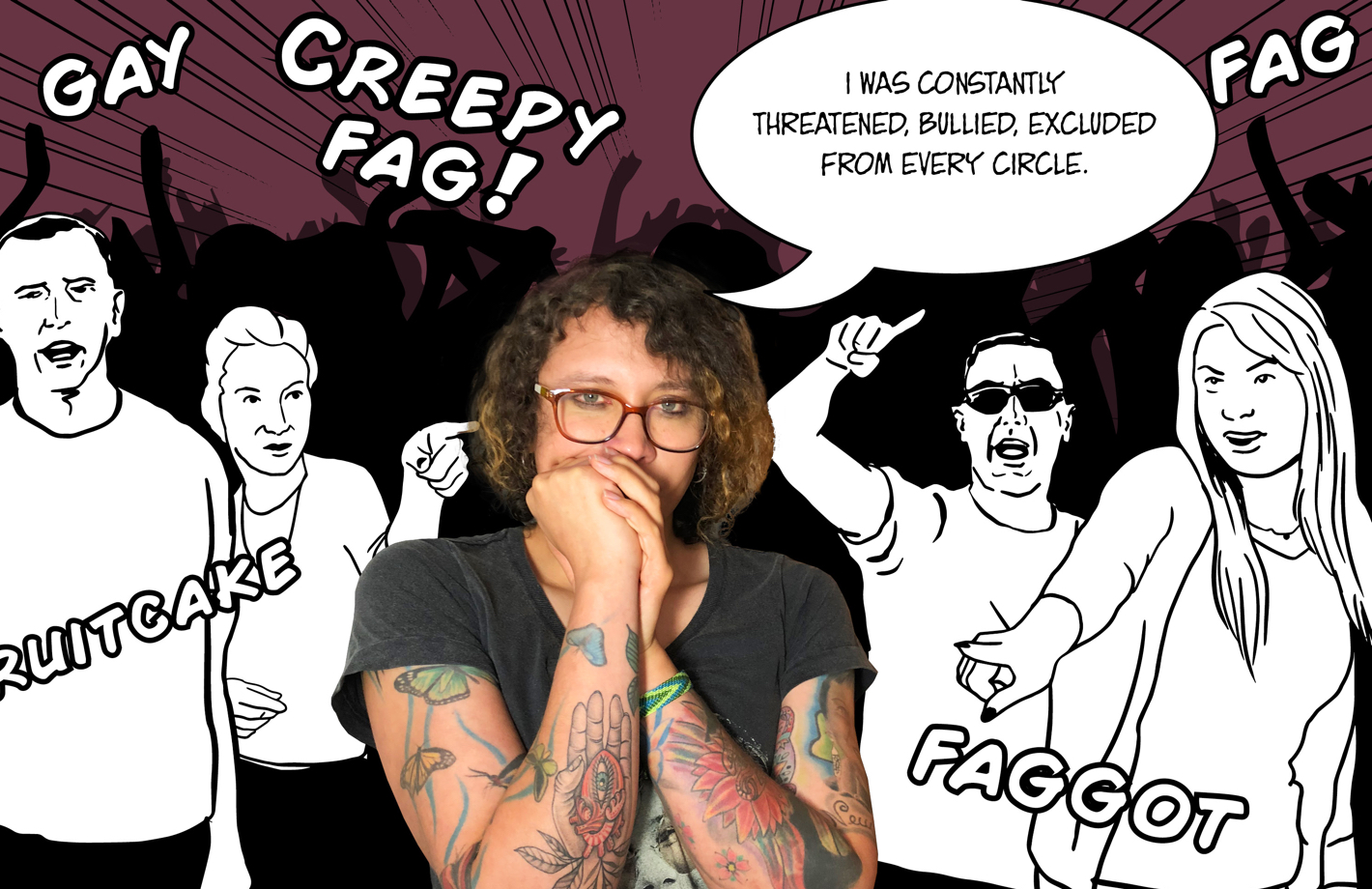 Having more than 20 years dedicated to education, Brazilian Luma Andrade is the first transvestite to receive a doctoral degree. She spent her school days resisting to physical and psychological violence, from the time she was a boy that was beaten up for feeling different and for playing with the girls to the favors she had to provide to her classmates in exchange for protection. Luma, like many young boys and girls who feel that the gender to which they were born does not fit them, found a way to avoid confrontation and escape from the reprimanded looks and hands that insisted on touching her: studying hard. Devote time to books was a discharge valve for her.

In the doctorate degree, Luma followed the trajectory of transgender girls in the public education network of Ceará. The thesis turned into the book “Transvestites at the School.” In her work, she criticizes what she calls “pedagogy of violence” – the use of violence to get trans students in line. “You suffer from violence because you are not adjusting to that desired model. The same violence that my teacher printed when she said ‘well done, who told you to be like this?’”

”"In an environment like the one in a school, the one who earns the highest grades is the one who occupies a place of power. Since I was a child, I used this tool to keep me alive, intact. No one cares about your sexuality or your gender identity when they have a math problem to solve or a thesis to finish and you can be the one to help them with that.” 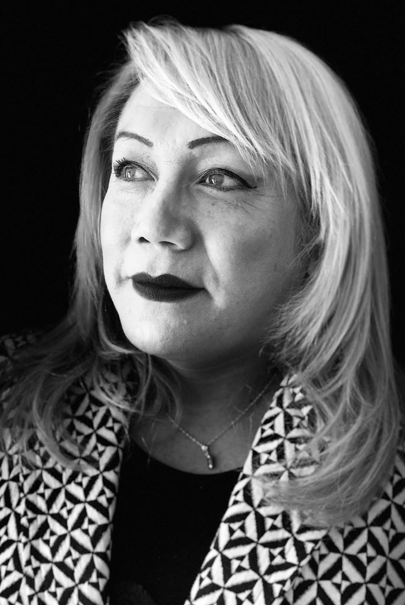 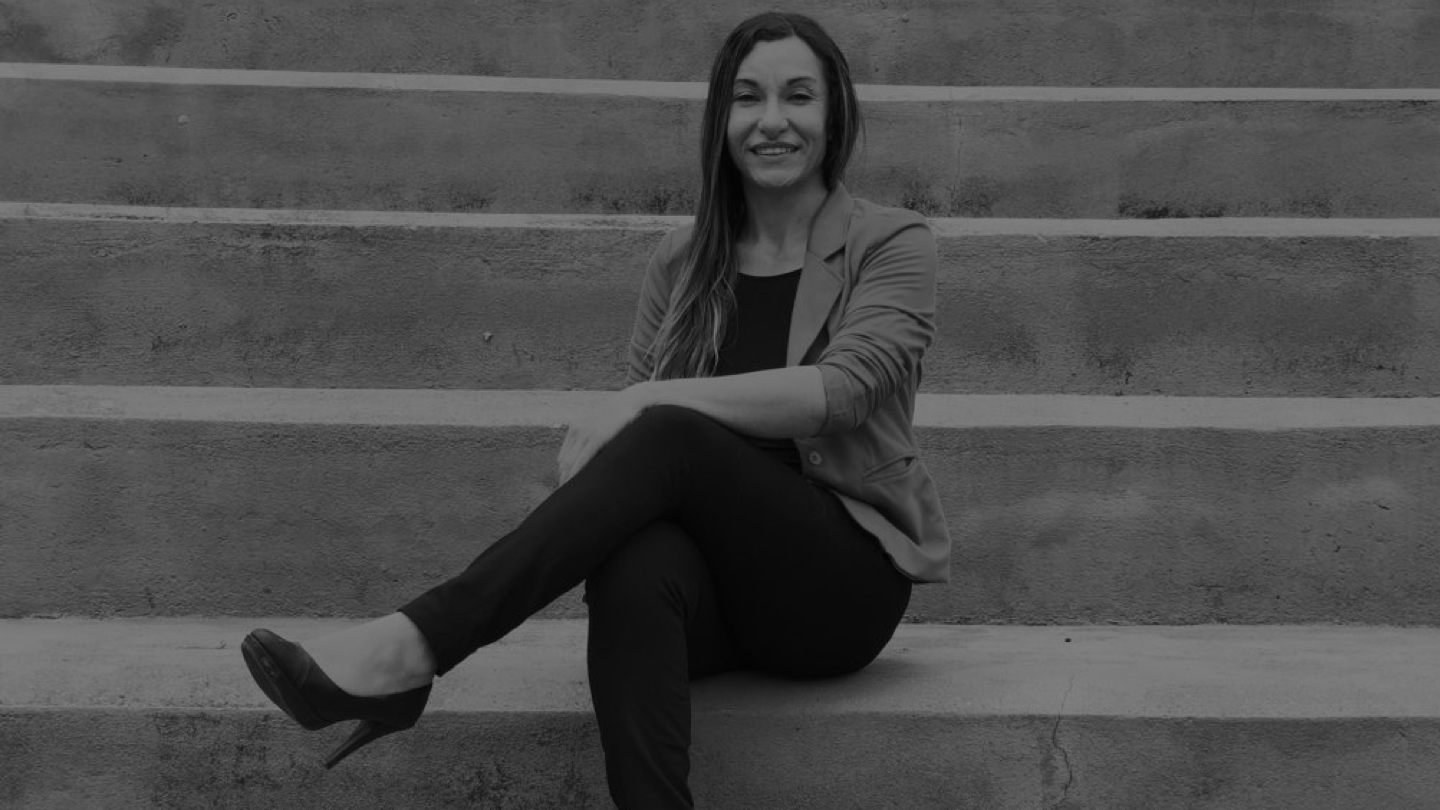 Schoolmates are among the most important social relationships in the life of any teenager. It is the group of peers that helps the young people see themselves independent of their parents and develop their own identity. For many transgender students, the discrimination expressed by many of their peers creates a sense of non-belonging. Aware of prejudice, with their self-esteem broken by intolerance and without family support, many give up school. Luma Andrade argues, “How do you go to a place that you are not recognized and not accepted with your differences? How do you succeed if you cannot even stay in school?”

”"Each transsexual and transgender person who can stay and succeed in school, like other students, faces the likelihood of occupying a space denied by society itself" 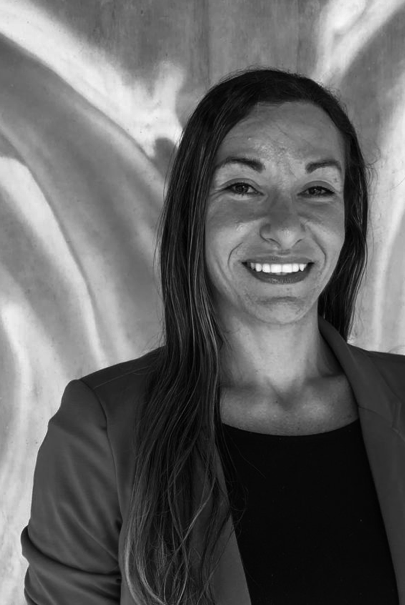 THE PERCENTAGE OF TRANS STUDENTS DROPPING OUT OF SCHOOL IN BRAZIL, ARGENTINA, AND COLOMBIA

Transgender students frequently drop out once they have completed secondary school. 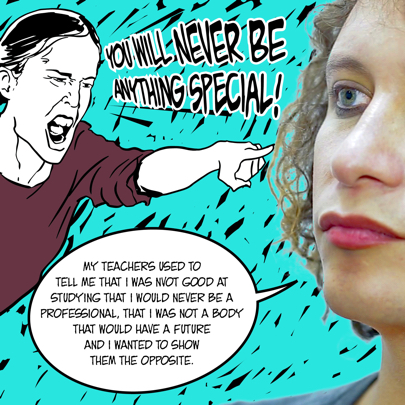 Does the state protect transsexual students?

The existence of legal norms, aimed at reducing discrimination does not always guarantee a patent for the rights of transsexual people in schools. “The law is important because gives you a north and enables punishment, but it is not enough. It is much more effective having a society that is understanding towards racial issues, LGBT etc”, says transgender Brazilian Bar Association lawyer Márcia Rocha. The lawyer argues that, if communication is not frank and open, nobody abides the law and it does not stick.

In 2013, for example, the Colombian Congress issued a law of number 1620, which created the National System of School Coexistence. “Nevertheless, what was seen is that the law had little implementation and, from 2016, all approaches that had measures aimed at eradicating discrimination in educational institutions were in a complete halt”, says Gustavo Pérez, a researcher of the NGO Colombia Diversa.

Approved in 2012, under Cristina Fernández de Kirchner presidency, the Argentina Identity Gender Law ensure that all Argentinians have the right to identify as their chosen gender on official documents. Despite these advances, there is a lot of disparity between their rights on paper and reality. In the schools, for instance, trans students still are intimidated and harassed.

In January 2018, the Brazilian Ministry of Education published a decree of number 33. According to the text, those who are 18 years old or over and carrying identification documents can request their enrollment in educational institutions using their social name. In the case of minors, a request can be filed by their legal representatives.

“We found each other in 2012, and the media had a critical role in that,” remembers trans educator Sayonara Nogueira, vice president of the Brazilian Trans-Institute of Education (IBTE). “The Brazilian educator Marina Reidel was reported as the first trans teacher in Porto Alegre, I appeared at a local media outlet as the first trans teacher in Minas Gerais, and we discovered each other.” Nogueira says that as the Internet and social media tools became more advanced, they were able to find more transgender teachers in the country.

Long isolated, transgender female educators have become more visible in recent years, though there is no way of knowing how many of them work in the public education system in Latin America. Colombia and Argentina do not collect data on this, but in an informal online survey conducted by IBTE, 90 Brazilian professionals identified as trans.

“I believe this number could be as high as 150 because many people still do not identify themselves as transgender due to fear,” says Nogueira.

Little by little, these educators are diminishing prejudice, making school colleagues and administrators more aware of gender issues, encouraging them to recognize the value of sexual diversity and difference and be better prepared to support transgender students. The Brazilian trans teacher Fernanda Ribeiro believes that her peers lack training. “There needs to be more technical guidance so they can feel safe about tackling a topic that is still taboo. We end up playing the role of trainers to our colleagues,” she says. “Education really is the change agent in any society, in any country.” 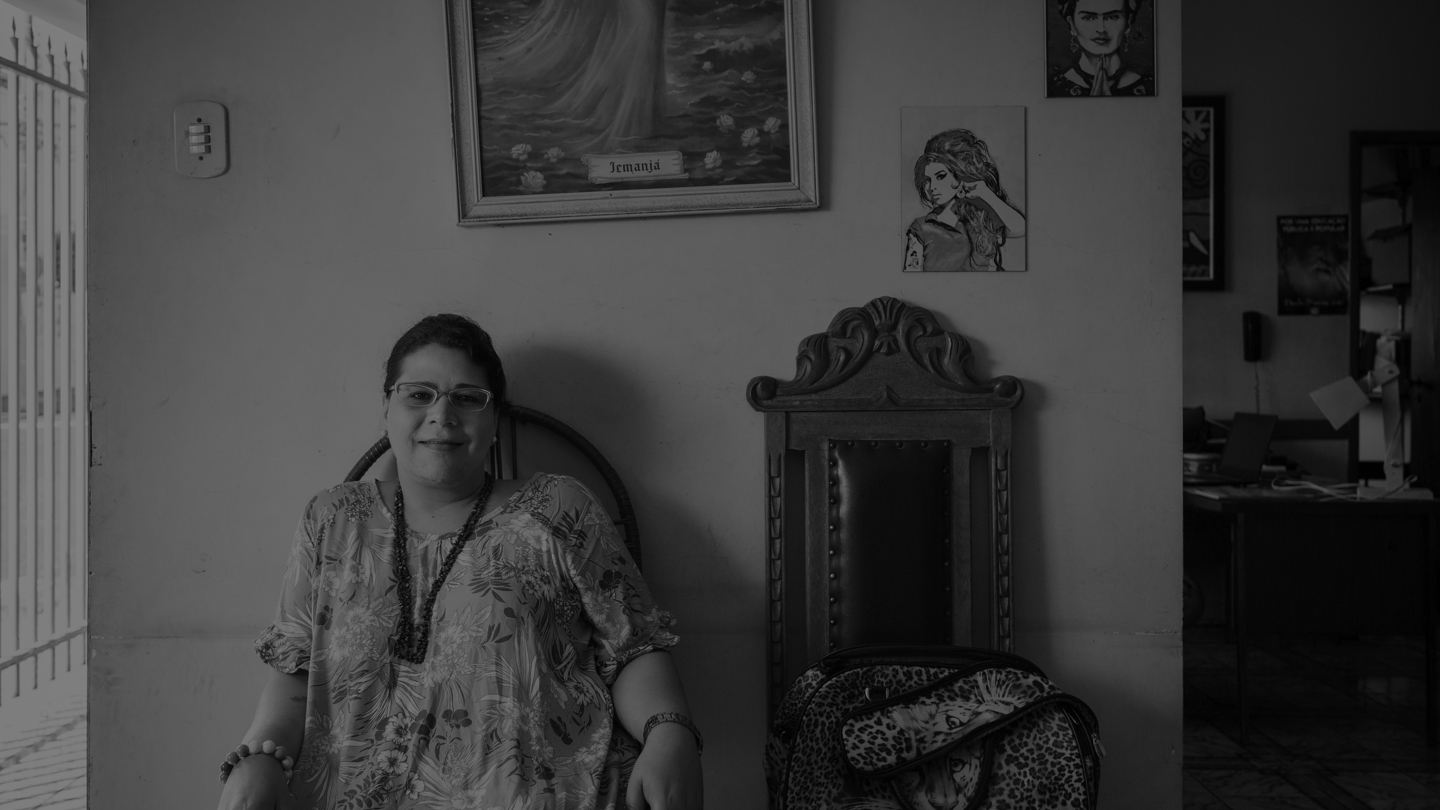 ”"Some may find it strange, but they become accustomed to living with difference. Being together, being close produces understanding."

The coexistence of students, teachers, and parents with transgender teachers disrupts structures based on hatred and intolerance. According to professor Luma Andrade of Unilab, in Redenção, a small, historic city near Fortaleza, the presence of transvestites and transgender people in schools and universities induces a change of behavior in others. Having students and school staff relate with a diverse group of educators helps them to build an inclusive worldview. 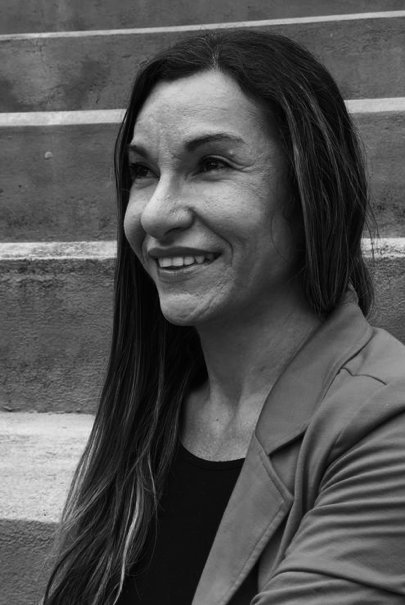 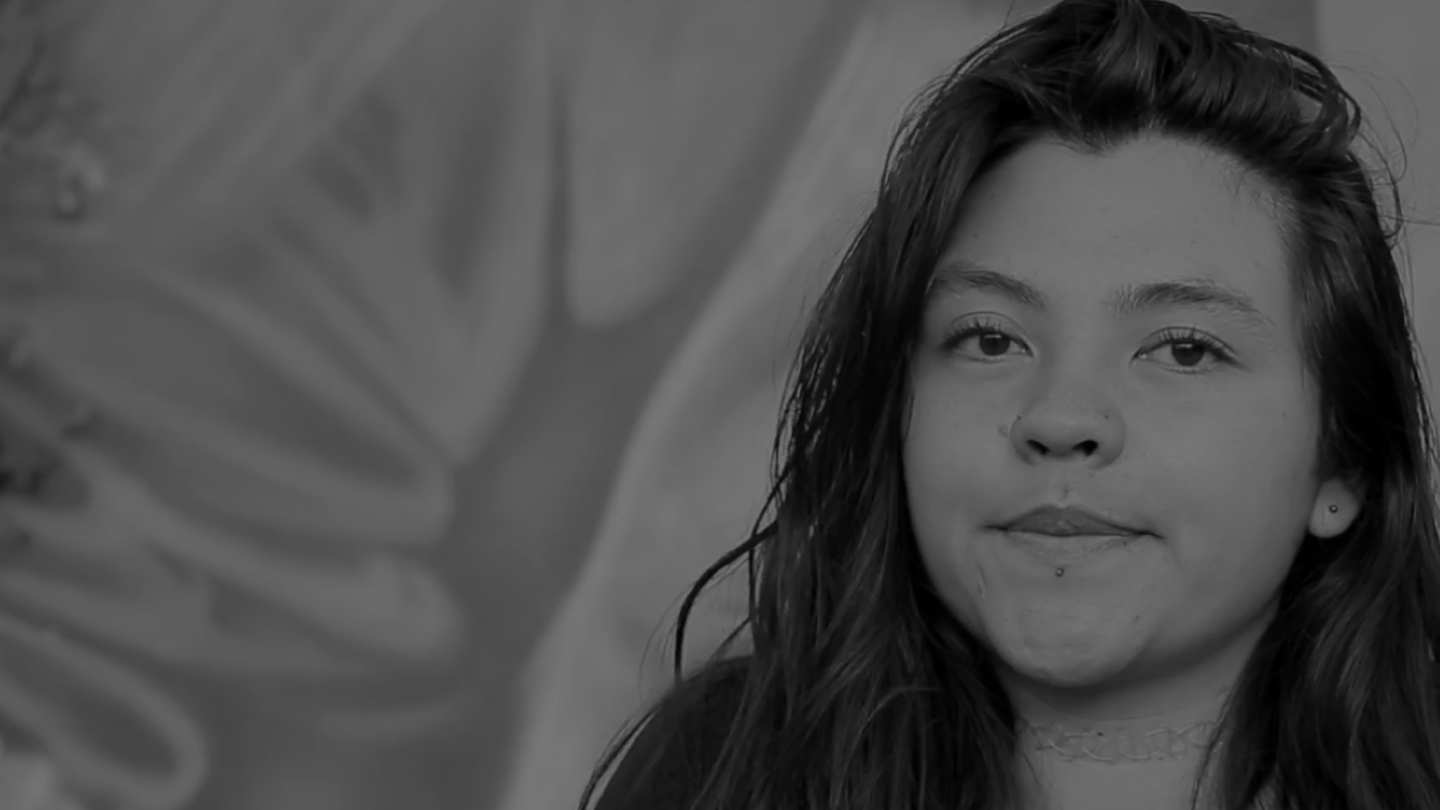 Syssa Monteiro, a Brazilian teacher, and mastermind behind the project Transpassando, which helps transgender students prepare for college entrance examinations, recalls an experience she had in a dangerous outlying neighborhood of Fortaleza. The school where she used to teach was close to a prostitution spot for transgender women. “When I start teaching and introduced myself as transgender, students and the surrounding community started to perceive us differently, more positively,” she says. She claims to have prompted a paradigm disruption in the prostitutes themselves. “When they saw me working at the school, they started referring to me and saw that they could work in places other than the streets.”

Brazilian trans teacher Marina Reidel, who also directs the Promotion of Lesbian, Gay, Bisexual, Transgender and Transsexual Rights program in the Ministry of Human Rights, argues that transgender professionals bring a new way of thinking into school communities. “We have become the reference model. We are looked to by the students, school staff, and colleagues to solve issues that go beyond the syllabus and curricular content,” she says. Reidel criticizes schools for having not yet learned to dialogue with students, and for having teachers be concerned only with course content.

”"Trans teachers have the vision of someone who is more sensitive and who has suffered confrontations with the issues of violence and prejudice, so we are seen as a means of support for students who are sexually abused, teens who are pregnant at a young age, and children who have lost their father or mother." 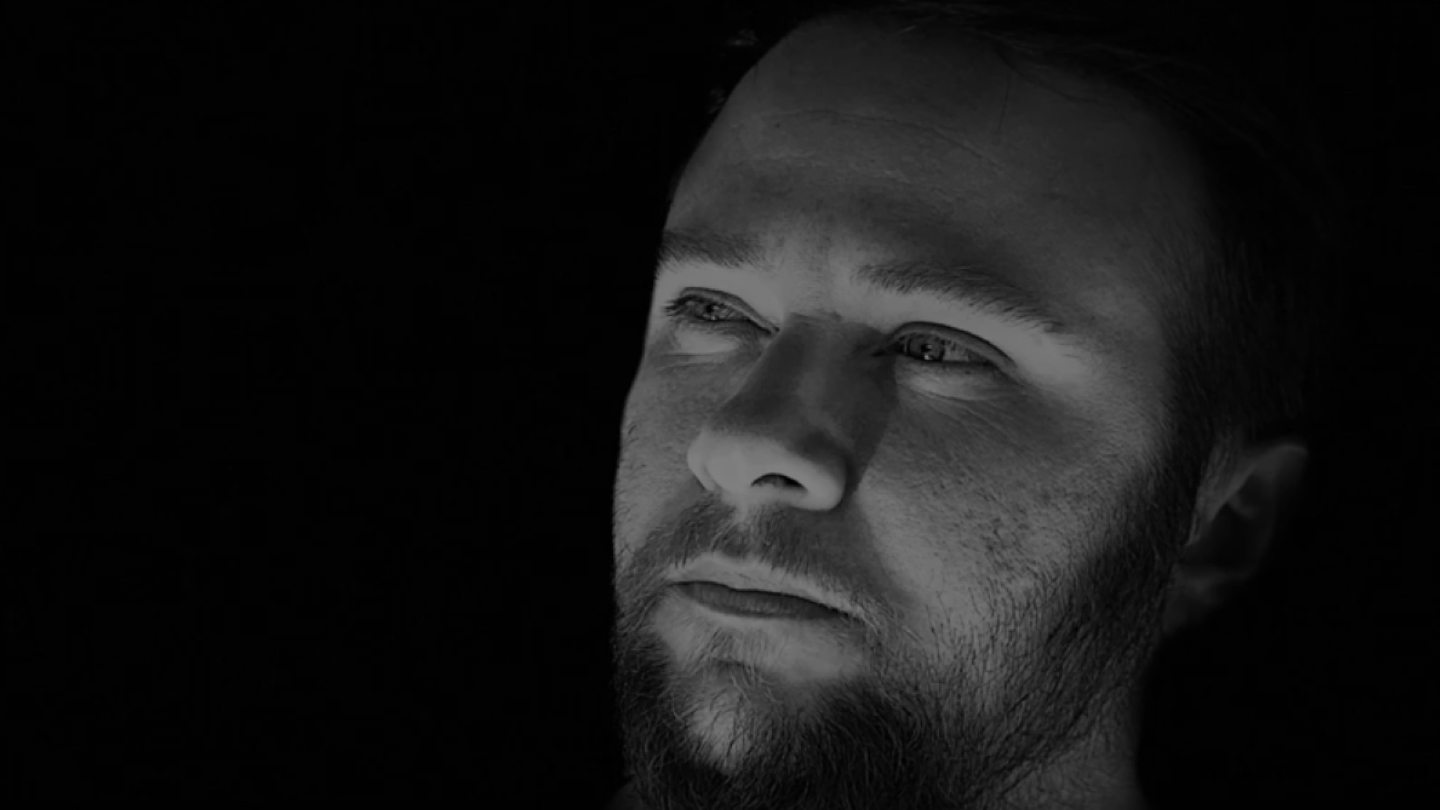 School can be a harsh place for young people. Bullying is still a common problem worldwide. For transgender students, though, the school system can be especially tough.

Representation is especially important in areas that directly affect children, such as school. Having trans female and male educators in the classroom can be, literally, a matter of life and death. A number of studies suggest that transgender and gender-diverse teens are much more likely to suffer from depression and attempt suicide. “By being in contact with a trans teacher, transgender students feel safer at school,” emphasizes Nogueira.

In addition, they see that trans women can have regular jobs and that they are not doomed to sex work. “I show my students that even though I was a transvestite and suffered all kinds of violence, I was able to be whatever I wanted to be. And if I could, they can, too.”

Luma Andrade sees herself as a person who inspires others. “We all draw inspiration from someone on our trajectories. I see myself as a person capable of empowering others’ lives.” 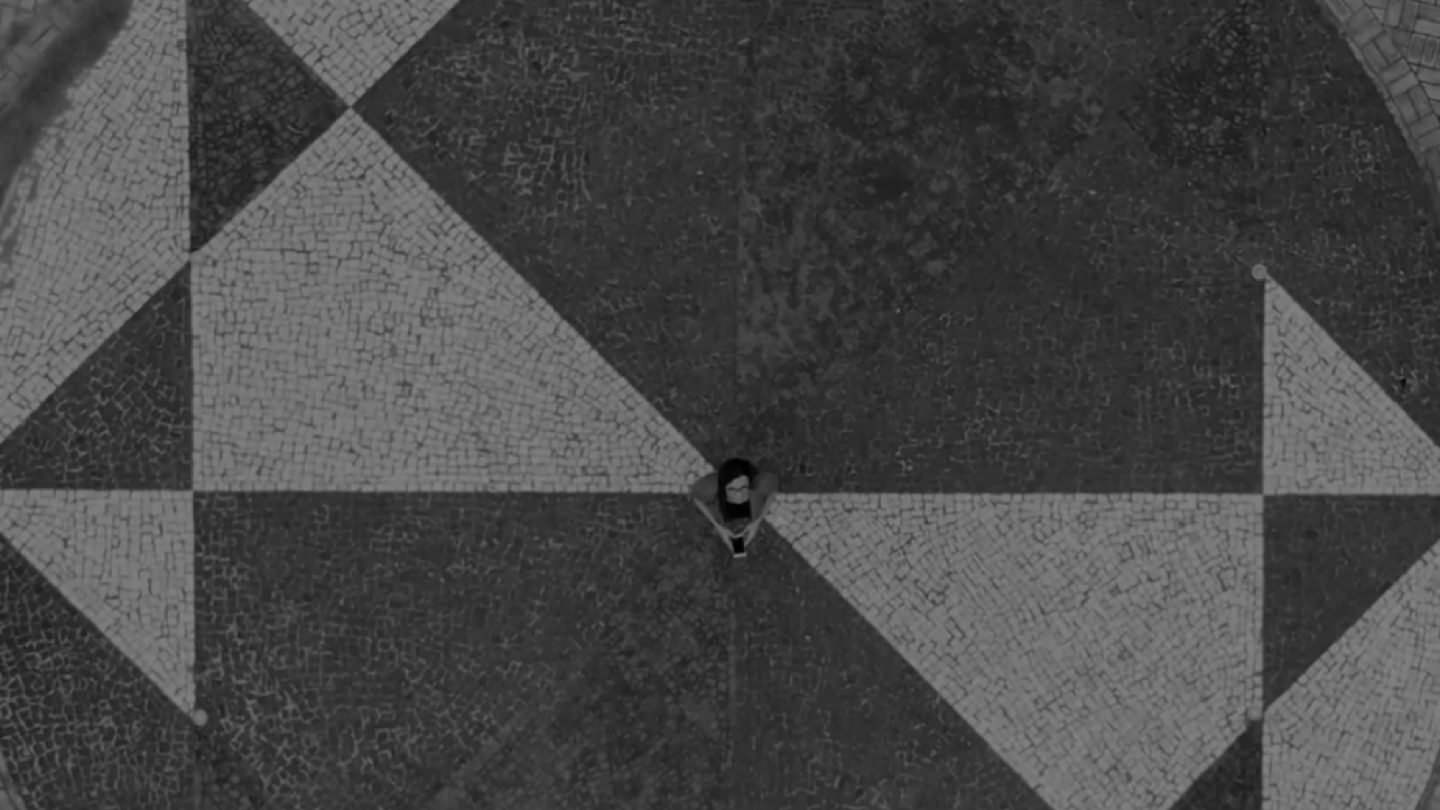